Adolescence is a delicate and vulnerable time of self-actualisation, exploration and immense physiological, psychological and social growth for everyone. Teens who also have to grapple with gender and sexual identity and question gender “norms” put forth by society face a particularly complex and delicate set of obstacles. Add to that the challenges of lacking a supportive family structure and growing up in government care and you quickly begin to understand how, at only 18 years old, Avante had already become a strong, brave young woman with a survivor’s spirit that’s far beyond her years. 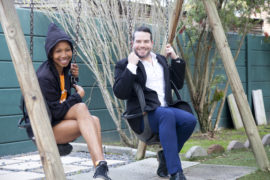 Twenty-seventeen was one of the most pivotal years in Avante’s life, as it was the year she began to truly understand and embrace her identity as a trans woman. While she found freedom and confidence in her expanding self-awareness, she also began to grasp the massive societal and intrapersonal issues she would be up against throughout her life’s journey.

As it would turn out, Owain was the perfect mentor to support and guide Avante through that critical year. Owain’s no-nonsense, direct communication style, his curiosity and desire to understand others, and his patience and empathy, created a safe, boundaried and open space for his and Avante’s mentorship. From that space, Owain was able to offer Avante practical life skills-related guidance as well as emotional support as Avante tackled more nuanced coming-of-age and gender identity challenges.

One experience Avante and Owain shared that perfectly illustrates this dynamic is a day that Owain invited Avante to join him for a beach clean-up hosted by his employer. Owain looked forward to a day of bonding with his mentee and colleagues, while doing good for the environment. Avante was also excited for the day. So much so, in fact, that she decided to wear her favourite pair of six-inch heels. As one might imagine, Owain was caught off guard at the choice of footwear, which was less than ideal for hours of plodding through sand, picking up garbage. Avante also quickly became aware of her wardrobe faux pas. However, being the relentless and dedicated individual she is, she stuck to her commitment and participated in the beach clean-up, high heels and all.

Despite both being somewhat frustrated at the situation by the end of the day, Owain and Avante embraced the teachable moment, and not just to discuss beach clean-up dress code. They used the experience as an opportunity to start a conversation about the pressure gender and sexual minorities face to prove themselves, and how to manage and not succumb to that pressure. 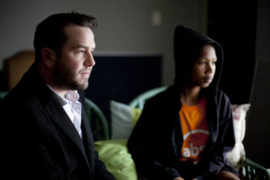 Another powerful experience was Owain and Avante’s work together researching gender rights laws in South Africa. Through that work, Avante gained knowledge and self-assurance that enabled her to advocate for herself at school on issues that many people take for granted, including what uniform she could wear, and what bathroom she could use. They explored potential career paths and industries Avante was interested in — from airline flight crew work to beauty and makeup artistry. And they discussed the nuances Avante would face moving through her work life as a trans woman.

Owain and Avante’s mentorship story is one that almost perfectly embodies SAYes Mentoring’s guiding values of commitment and consistency, boundaries and respect, transparency and confidentiality, kindness and forgiveness, and equality and compassion. The examples of empowering and enlightening moments they shared throughout their year as mentor and mentee are countless. For both of them, it was a year that was as rewarding as it was challenging. The experience yielded more personal growth, development and discovery than either one of them could have possibly anticipated and left them with new knowledge and perspectives they both will undoubtedly cherish for a lifetime.

A Mentee Dreams of One Day Supporting Higher Ed for Refugees